The execution of this project seeks to promote river shrimp and trout farming through intensive use of solar resources. For this, it is necessary to have water of adequate quality for use in aquaculture, based on a technology of low energy consumption that allows the abundant local solar radiation to be used both for energy support and for the photochemical removal of arsenic. In a complementary way, a profitable, scalable and replicable business model will be developed that allows the production of river shrimp and trout in a sustainable way. In this way, promote the socio-economic development of the town of Camarones, Taltape and Maquita, improving the quality of life of its inhabitants. 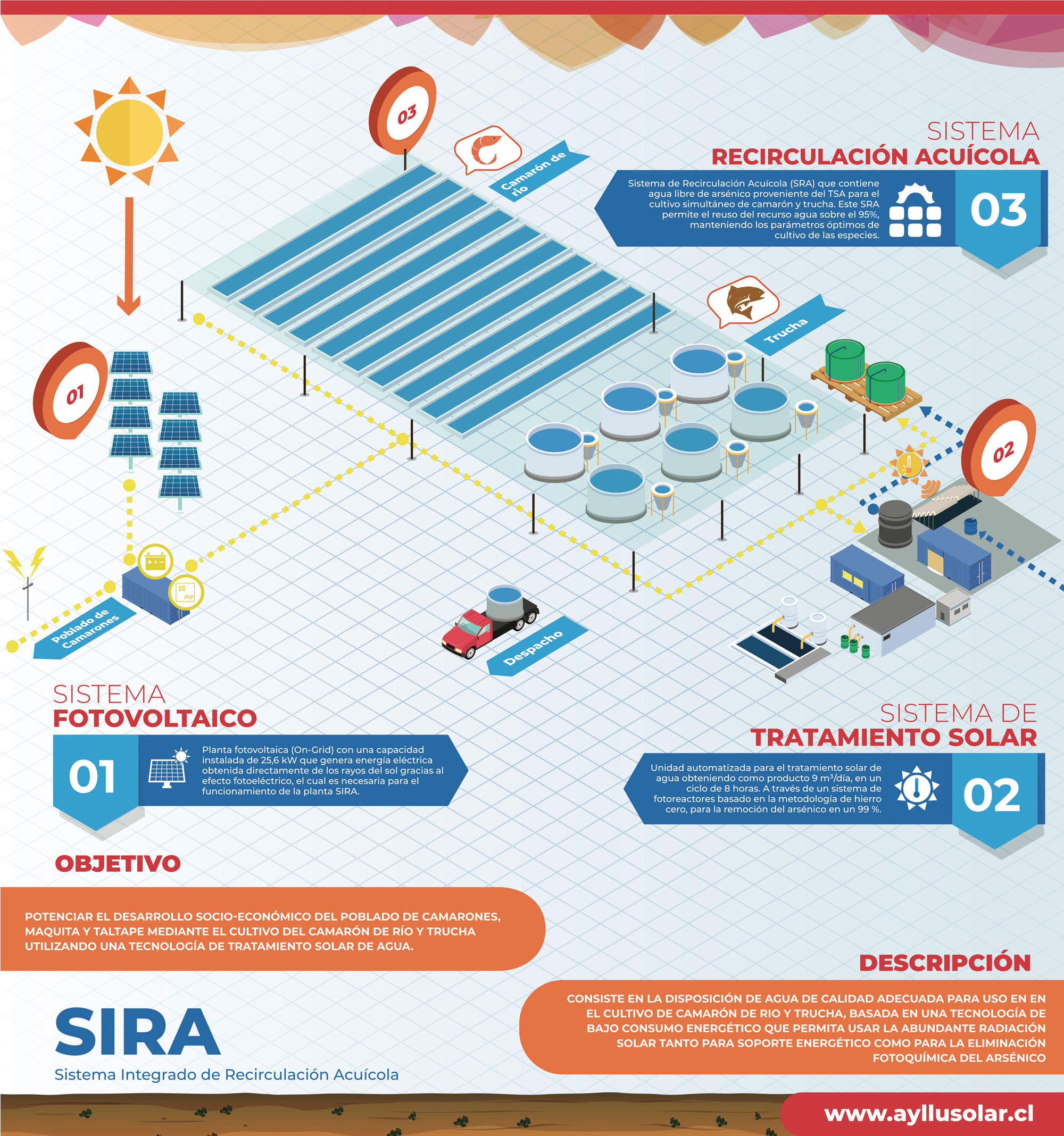 Currently, the project Shrimp River cultivation through the intensive use of solar energy, for the sustainable development of the town of Camarones, is with the implementation stage partially halted, once the situation is overcome by Covid-19, the activities.

The commune presents a varied geography, with deserts, gorges and coast, offering natural tourist attractions of great scenic beauty. It was created on December 30, 1927 with the name of Codpa, modifying its limits and acquiring its current name in the year 1979. It belongs to the Province of Arica and covers from the coast to the pre-Cordillera sector, including the intermediate depression; its altitude ranges from 0 to 4,000 m.a.s.l.

Additionally, Camarones surprises us with its rich cultural heritage, since it has archaeological remains of the Chinchorro and Arica culture, as well as manifestations from the pre-Hispanic and colonial times that are manifested in its adobe buildings, wineries and churches. These tangible heritages are enriched with the religious and popular traditions loaded with cultural syncretism that come from the colonial times, among other manifestations that are still in force in this corner of the world.

How to get to the village of Camarones?